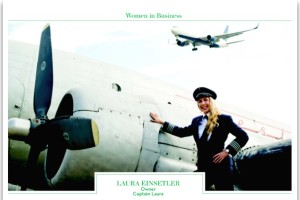 The statistics speak for themselves. Among the worldwide female population, only one in 75,000 is an airline transport rated pilot (ATP). In the U.S, women pilots ATP numbers show only one in 36,000. Out of every 100 commercial airline pilots you see worldwide, only 3 are female. Among the U.S. commercial pilots, the number of female pilots is 4 out of 100. There are also commercial ratings (pilots for hire) and private pilot ratings (recreational) – these stats show only slightly higher numbers (1-2% more). And of these numbers, how many of us are mother’s? Or Black, Hispanic, or Asian? These statistics come from the FAA Pilot Certifications Aeronautical Center, Women of Aviation, and the International Society of Women Airline Pilots.

Even I was shocked to learn these statistics! Why am I so surprised? I suppose it is because I have several female pilot friends and because I live in my own skin each day that I assumed women in the aviation field were closing the gap slowly but surely. It turns out that I am wrong. As it stands, we are actually backsliding. There was a small boom between 1960-1980 in up and coming women pilots but ever since then, there have been times of stagnation and regression in these numbers.

There are many reasons for this – I could write an entire article and book on this subject alone. I want to focus instead on what it takes for us to make it to this level of flying “above” the glass ceiling.

1. You have to really want it BADLY. I have often said that if there is a place we pilots could go  for airplane addiction in order to detox, the waiting list would be thousands of pilots long, especially after September 11th, 2001 because of the effects and devastation of our careers. There is nothing like flying jets or flying aerobatics – it is a real high (possibly like racing a Lamborghini at 220 MPH but even this is only 2 dimensional, or riding an extreme roller coaster high in the sky). Someday I hope to try these and will let you know if it compares to the real deal of flying at all. It is a long, hard journey full of twists and turns achieving airline level of flying. Being a female makes the trip that much tougher but sometimes gives way to that much greater reward!

2. You have to be the best you can possibly be. When flying, I am a pilot first and woman second. I grew up wanting to be a pilot just like the guys, wanting to be the best pilot I could be, so I sought out the best places to learn and the greatest job opportunities to grow. It was the support, encouragement and enthusiasm of a few great mentors that helped propel me forward in my thinking, training, and career (there were certainly enough situations of shock and awe, suppression, and shunning along the way).

3. Attitude will make or break you. Joyce Meyer used a great analogy in one of her sermons saying that a pilot had shown here the attitude indicator instrument on the airplane. There are parts that resemble the sky, horizon, ground and airplane. When you pull back the control yolk, you create a climb. It is a positive attitude above the horizon. When you push the yolk down, you descend. It is a negative attitude below the horizon. You have to keep your chin and your attitude up in order to ascend in life!

4. You need to have thick skin. You have to show first that you are a professional, that you know your stuff, and that you can perform well. How you handle yourself is critical in how people respond to you. Dr. Phil always says, you teach people how to treat you. There are times when you must be brave, put on your big girl pants, and handle the situations!

For all of you who continue to fly with me on this journey, I thank you! Your words and wonder give me air flow over my wings and thrust in my engines! Blue Skies!! 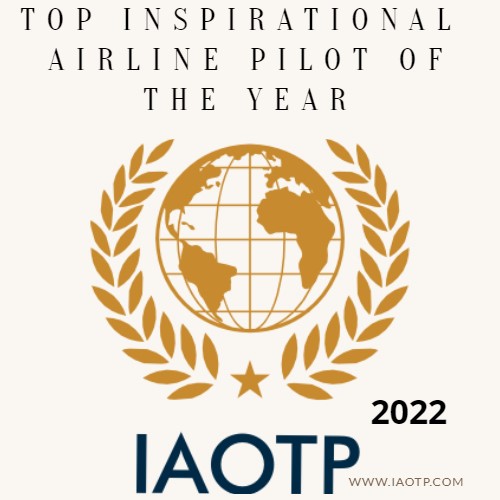