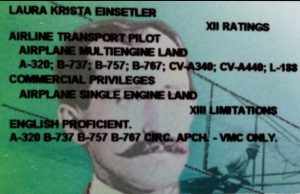 Author – “Remove Before Flight” A guide book to empower passengers while increasing overall aviation and operational knowledge for  a better travel experience.

Guest Speaker – Numerous and various types of events in regard to aviation, health, and child development 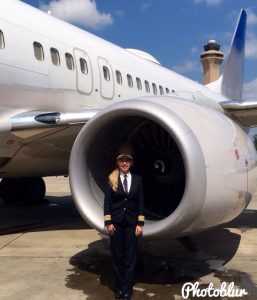 Co-host of the San Francisco Bay Area Fleet Week Special KRON 4 News – Two hour live airshow broadcast with anchor Ken Wayne discussing aviation and the performances by the Blue Angels, Team Oracle, Patriots Jet Team, United Boeing 777, along with many others. Oct 12th, 2019 ranked the number one special in the ratings category and was entered for an Emmy Award.

Girls In Aviation Day – event host for major airlines. Introducing under privileged girls to the world of aviation – the future career possibilities in all fields supporting airlines. Oct 5th, 2019 with LA’s Best.

Mic – “Do Airplane Rules like turning off your phone during takeoff really matter? Pilots Reveal the Truth”. Contributed to article for Emma Sarran Webster. July 17th, 2019

Thrive Global – “Mental Stamina of a Great Business Mind” – Dr. Damian Jacob Sendler collaborating on what it takes to maintain resiliency, fortitude, and perseverance under the most challenging of circumstances. Scientific Leadership, June 24th, 2019

Just Do Your Dream – Interview with Montrie Rucker Adams for book and website. Stories of motivation and drive to accomplish your goals and achieve your dreams. May 29th, 2019

The Verge – “The many human factors that brought down the Boeing 737 Max”. Daryl Campbell – Contributed to this very in depth and comprehensive article on the various issues that have played into the Max status. May 6th, 2019

The New York Times – “Behind the Lion Air Crash, a Trail of Decisions that Kept Pilots in the Dark”. Contributor on this article with Zach Wichter for a detailed look at factors involved. February 7th, 2019

Created “Adventures in Aviation” – Television Docu Series with Captain Joe Rajacic to highlight all areas of aviation and how it helps the world. www.AdventuresinAviation.TV  Aug 9th, 2018

Guest Speaker – Supporting OBAP with major airlines for the ACE Group to inspire young high schoolers in the field of aviation. August 8th, 2018

The Seth Markzon Podcast – Guest on Success podcast sharing my history, words of inspiration, thoughts of knowledge and tips for everyone. Episode #5  July 27th, 2018

The Jet Set Travel Talk Show – Season 3 Episode #1 discussing the recent decompression, how travelers can be best prepared, and preparing for the summer travel season. Episode #3 Season 3 discussing the myth of chemtrails, talking about the pilot shortage, and sharing thoughts on the future of aviation travel. July 7th, 2018

KRON Channel 4 News, San Francisco Bay Area – Guest on primetime news with producer Mark Burnette and journalist Dan Kerman aired July 14th, 2017. A current story about the close call of Air Canada jet that was lined up to land on a taxiway full of airplanes.

The New York Times – Collaboration with Zach Wichter front page article “Too Hot for Takeoff: Air Travel Buffeted by a Capricious Climate” Published June 20th, 2017 is an excellent read about how the heating of the earth is affecting air travel

My Domaine – “8 Summer Vacation Ideas for When You Just Want To Escape the Crowds” article with Lindsay Tigar. Published May 28th, 2017 and profiles fabulous places to see and experience.

The Jet Set TV Travel Talk Show – Guest on Season #1 episodes #46 airing across the country week of February 25th, 2017 and episode #49 airing the week of April 1st, 2017. www.TheJetSet.TV  Pilot guest answering questions from the viewers, discussing the book, and other great information. 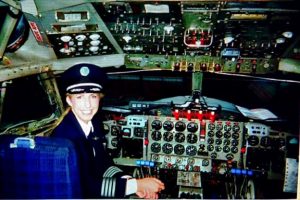 Huffington Post – “What Pilots Want You to Know” with travel writer Suzy Strutner. March 17th, 2017. You can read her great articles in the Travel section of the Huffington Post news.

Just Do Your Dream – Profiled in book “Just Do Your Dream!” by Montrie Rucker Adams Dec 2016.  www.justdoyourdream.com under “Misc” profiles. Discussing perseverence and drive to achieve your goals and dreams.

CNN Aviation Consultant – Multiple story works since May 2015 in regard to aviation, safety and security